The interdisciplinary live performance entitled ‘The Butterfly’s Dream’, inspired by the transformation of the pupa into a butterfly, proposes a personal ritual of going through self-realization and enlightenment by integrating Kathak dance, sound collage and theatrical narration with a taste of Korean shamanism.

The 30-minute live dance performance will be followed by a discussion with the artist and light refreshments. Shortly afterwards, there will also be an expert panel discussion on the intersections of AAPI and LGBTQ + advocacy in the state of NJ. Grant funding was provided by the Middlesex County Board of County Commissioners through a grant from the Middlesex County Cultural and Arts Trust Fund. 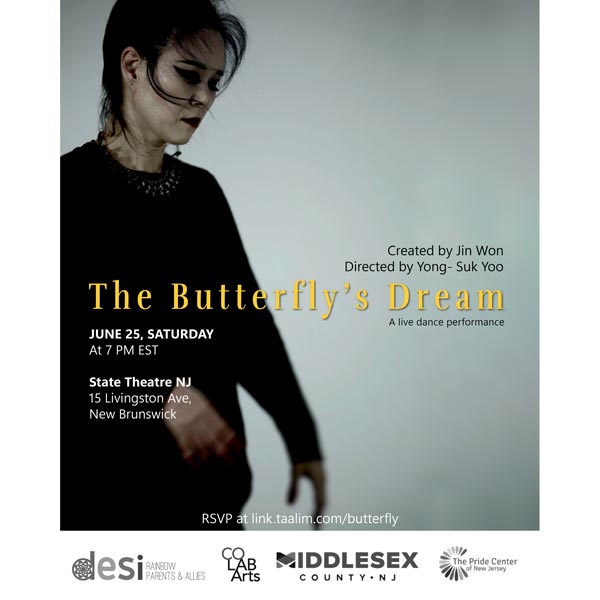 tickets: This is a free event with a limited number of seats; RSVP here. The State Theater New Jersey is located at 15 Livingston Avenue in New Brunswick, New Jersey.

Jin won (Choreographer) – The NY Times praises it as a “boisterous dancer whose musicality is changing[s] her dance to something original, ”dancer and percussionist Jin Won is a unique Indian performer who explores the sound and visual possibilities of rhythm through dance and music.

As a renowned Kathak dancer and tabla player of South Korean descent, she has spent more than 15 years in India training in Indian classical percussion and dance under the guidance of ‘Guruji’ Pandit Divyang Vakil and Smt. Shubha Desai, resp. During these artistic years, Jin began collaborating with renowned Indian choreographers, established herself as a solo dancer and performed internationally in countries such as Belgium, Canada and Korea.

Although Won is just as adept at traditional and contemporary Kathak and Tabla presentations, his most recent work is exploring rhythm as a unifier across cultural expressions. Since moving to the United States in 2011, Jin has collaborated with Korean and Arabic traditional artists and incorporated a number of percussion instruments from around the world into her work. 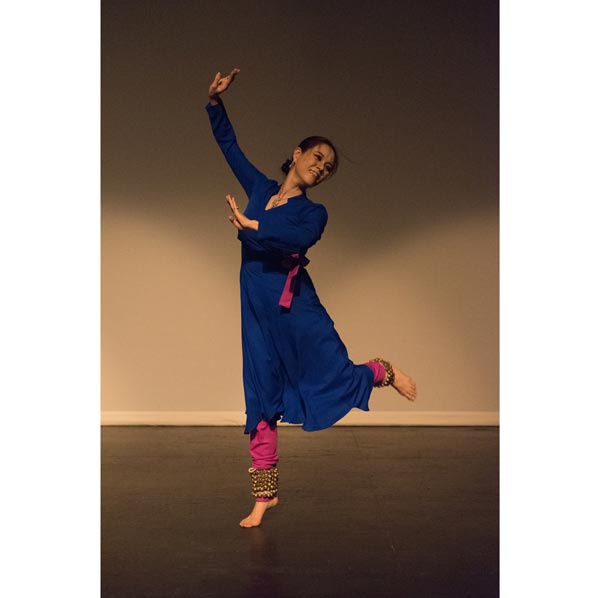 In 2013, Jin and her Guru Pandit Divyang Vakil collaborated on Kathak’s experimental production with world percussion, which focused on rhythm as the primary mode of expression. This production, called Pradhanica, which means “woman leader”, emphasizes Jin’s sovereign presence as a solo dancer. After his debut at the Drive East Festival in NYC, he invited the prestigious Princeton Festival Jin to great acclaim to introduce Pradhanica as its first venture outside the Western classical tradition. In connection with the NJ PBS festival, she published a short documentary about Jin’s life and artistic journey together with her team.

Since her debut work, Jin founded the “Pradhanica Dance and Music Company” in 2018 to hide her growing repertoire of projects and choreography.

Her latest work includes 2 dance films: Willow, which was commissioned by the World Music Institute in 2021; WMI for their annual festival “Dancing the Gods” and Beyond the Seas, which is selected for presentation at the “Women in Dance” conference to be held in October 2022 in Chicago. was commissioned by the Festival of New Narrative Films in Taipei, Taiwan as their final finale.

Yongsuk Yoo (Director) is an international director and educator who focuses on interdisciplinary work and the integration of technology into the performing arts. His experimental work includes multimedia theatrical productions When Spring Comes to Hills and Dales, Oedipus the King, immersive theatrical productions A Dream Play and Love and Information, as well as the Korean premiere of Nassim Sloeimanpour’s White Rabbit, Red Rabbit. He also wrote his own songs, such as A Silent Table, which used live-absorbing technology, immersive performance and four-sided holofil projection mapping. He is currently an assistant professor of directing at Texas State University and a former professor at Daeduk University and Hanyang University in South Korea.

Advertise with the New Jersey Stage for $ 50 – $ 100 per month, click here for information