Priyanka ChopraMalti Marie’s daughter looks like a Bollywood star or resembles her American pop star father Nick Jonas? Well, fans have been debating ever since the actress shared a close-up photo of the toddler. Priyanka sent the internet into meltdown when she posted an adorable picture of her daughter Malti Marie Chopra Jonas. In the early hours of Wednesday morning, the global star took to Instagram and treated her fans to a cute photo. In the picture, Priyanka revealed half of her daughter’s face. She covered her eyes with a warm pink cap.

The actress couldn’t stop gushing over the photo. Priyanka shared a post on her stories which she captioned, “I think…” followed by a heart emoji. Look: 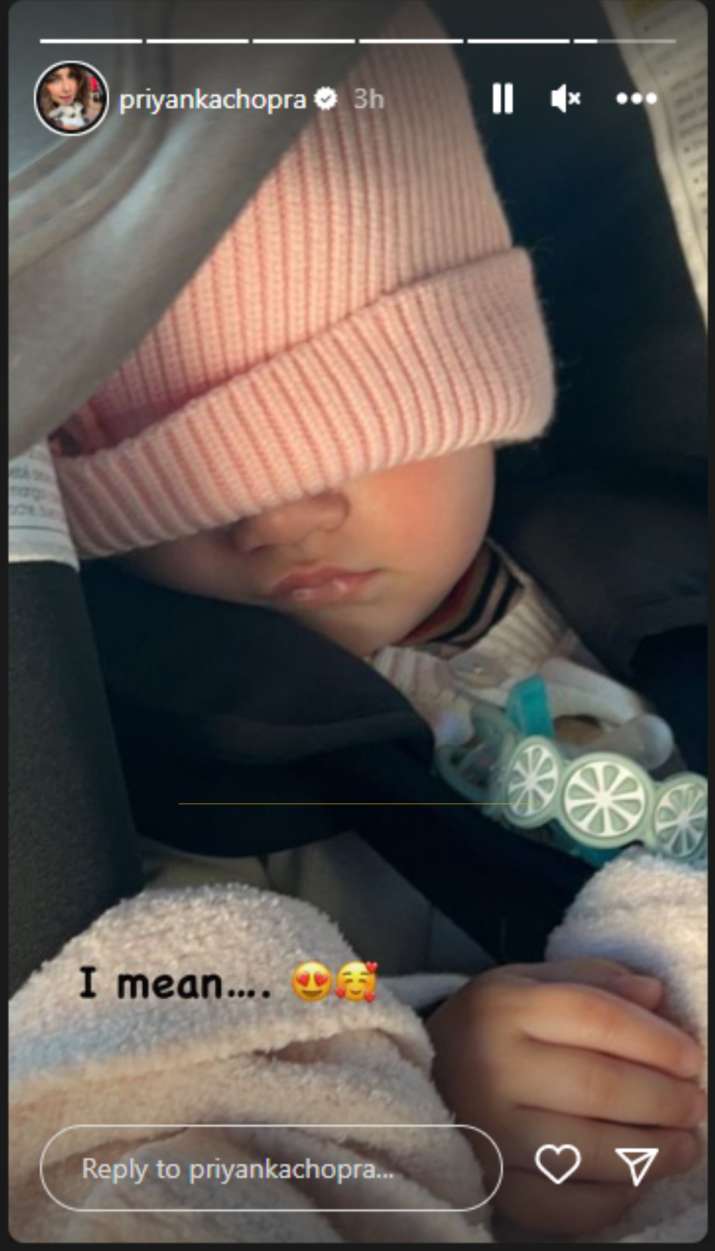 Priyanka Chopra’s daughter Malti Marie’s photo instantly went viral on social media. Fans of PeeCee and pop star Nick Jonas shared the photo on fan accounts and debated whether the toddler looked like her mom or dad. While some claimed that Malti Marie’s lips and hands are like her father Nick, many claimed that she looks like her mother Priyanka. As the debate continues, check out some more photos of Maltia Marie:

Priyanka and singer Nick Jonas got married in a Christian and Hindu ceremony at the Umaid Bhawan Palace in Jodhpur on 1 and 2 December 2018. Later, the couple also held two receptions in Delhi and Mumbai. In January 2022, the two announced that they had welcomed a daughter, Malti Marie, via surrogacy.

Meanwhile, on the work front, Priyanka will be seen in international projects like ‘It’s All Coming Back To Me’ and the serial ‘Citadel’. Produced by Russo Brothers, ‘Citadel’ hits OTT on Prime Video. The upcoming sci-fi drama series is directed by Patrick Morgan and stars Richard Madden alongside Priyanka. In Bollywood she will act with Alia Bhatt and Katrina Kaif in Farhan Akhtar’s ‘Jee Le Zaraa’, which promises to be another friendship story in the vein of ‘Dil Chahta Hai’ and ‘Zindagi Na Milegi Dobara’, both of which have become cult classics over the years. ‘Jee Le Zaraa’ is said to go on sale soon and is set for a summer 2023 release.